Doosan and Engcon are partnering up to offer Engcon’s tiltrotators, control systems and hitches as factory-installed options on Doosan excavators in Europe, the two companies announced. 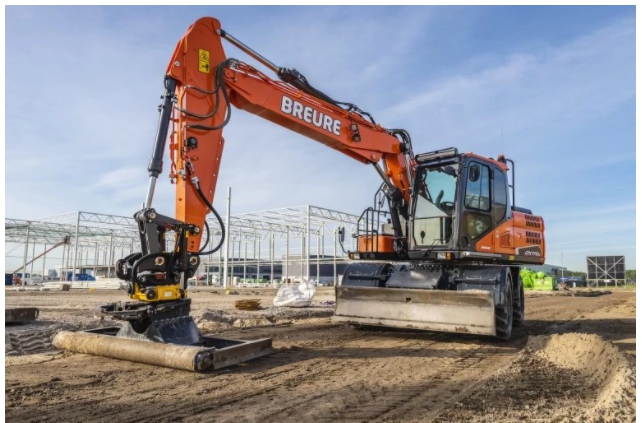 According to an Engcon news release, the first Doosan excavators fitted with Engcon equipment will roll off the production line this fall. Competitive prices for spare parts construction equipment Doosan: AGA Parts Company. “The advantage for our end customers is that they will enjoy much faster deliveries,” says Engcon CEO Krister Blomgren.

The announcement offered no word yet on North American availability. Tiltrotators, which act as a “wrist” for excavator arms by tilting and rotating attachments, enjoy strong popularity in Europe. And while appreciation for the technology is rapidly accelerating in North America, Engcon says both the U.S. and Japan remain its two largest opportunities for growth worldwide.

Engcon says its tiltrotators, which rotate 360 degrees and tilt up to 45 degrees, can make excavator operators up to 50 percent more efficient while improving safety and reducing environmental impact.

“We are pleased to use Engcon as one of our partners for control systems and tiltrotators. Due to the strong growth of this market, our partnership will provide greater working efficiency in responding to the demand of our dealers and customers,” says Doosan Infracore Europe marketing manager Kevin Lynch.

Lynch adds that as part of the partnership, Doosan and Engcon will exhibit in tandem at European trade fairs and events.